Cycling Accidents | How Safe Is It To Cycle In Ottawa In 2020? | MG Law
Skip to content

Averaging nine hours of sunshine per day and a temperature of 17°C 1, June is a great time to cycle in Ottawa – or is it? Two-wheel enthusiasts could be forgiven for thinking twice about strapping on their crash helmets and reaching for their handlebars following four local cycling deaths last year.

A tally that is the joint most amount of casualties in eight years2, it begs the question – how safe is it to cycle in Ottawa in 2020?

In 2019, Laurier Avenue W. (May), Hunt Club Road (June), Jeanne d’Arc Boulevard (July) and Renaud Road (August) were the scenes of tragic cycling deaths in the greater Ottawa area. Some of these accidents involved victims being hit from behind and even struck while using a bike lane. It’s important to understand that cycling accidents are categorized into four distinct groups:

What is being done to improve cyclists’ safety?

Speaking in light of last year’s tragedies, a member of Bike Ottawa’s board of directors, Érinn Cunningham commented: “There are still places where cyclists are still forced to share the road with fast moving vehicles.” Indeed, May’s incident along Laurier Avenue W. was a hit and run where the cyclist was struck in a painted bike lane not segregated from vehicles. Following this incident, the city made interim improvements along the route, including:

With separate incidents taking place since then throughout the city, staying vigilant against negligent drivers is paramount in reducing cycling accidents, no matter where or when you’re biking.

How many cyclists currently use Ottawa’s roadways?

According to a statistical infographic generated by Bike Ottawa in January 2018, around 11,700 Ottawa residents cycle to work in the city with an estimated 16 million bike trips made every year.

The Laurier Avenue W. safety improvements have been extremely welcome, especially considering there were 489,533 bike rides on the Laurier bike lane in 2017 alone, accounting for a 27% increase since 20122.

Questioning “how safe is it to cycle in Ottawa in 2020?” the answer is as safe as cyclists and drivers strive to make it. By keeping alert and respectful of other road users, whether on two wheels or four, Ottawa’s road users always have a shared duty to protect themselves and each other.

Cycling accidents are distressing. Get the settlement you deserve with MG Law

Cycling accidents can happen anywhere and at any time in Ottawa. If you’re the unfortunate victim of a cycling accident that wasn’t your fault, do not hesitate to call MG Law. Bilingual bicycle accident lawyer Allison Lubeck and our team will help you navigate the legal, insurance and healing processes.

Take action today by calling us at (613) 730-8460 and schedule your free consultation. We have the experience and knowledge to get you the compensation you deserve.

MG Law is a proud member of 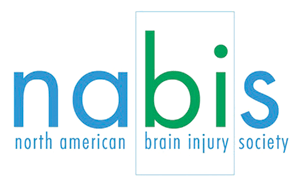 Our team communicates in English, French, Greek, all Arabic dialects, Mandarin, and Russian, so you can feel more comfortable with our representation.